Americans Have $5 Trillion in Cash, Thanks to Federal Stimulus 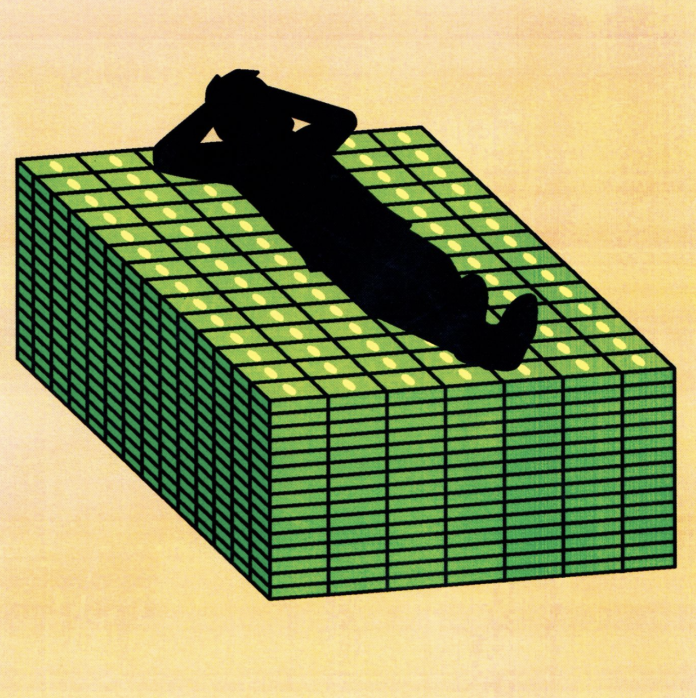 Just before the pandemic, in the fourth quarter of 2019, American households held about $1 trillion in what was effectively cash—currency and accounts against which checks could be written. By the second quarter of this year, the most recent period for which these statistics are available from the Federal Reserve, the amount had leapt to $4.7 trillion. As should be clear from the accompanying chart (which is adjusted for inflation and also includes a couple hundred billion dollars in nonprofit organization holdings because the combined statistics go back much further), nothing like this has happened in the past 70 years—though consumer spending statistics point to something similar having occurred during World War II.

It’s clear what started the cash buildup: The federal government put almost $1.5 trillion directly into Americans’ pockets over the course of 2020 and 2021 in the form of stimulus checks and supplementary unemployment benefits, with other aid programs indirectly funneling more. Those who kept their jobs and/or were above the stimulus-check income limits enjoyed windfalls from the stock and housing markets. Spending options were few, especially early in the pandemic, and until recently interest rates were so low that there wasn’t much point in moving money out of one’s checking account (or from under the mattress)

Less clear is why the cash stash has kept growing this year and what the economic impact might be. A cash cushion can insulate consumers from the Fed’s rate hikes, but that probably makes it harder for the central bank to lower inflation, forcing even more rate hikes. It will be interesting to see if third-quarter numbers, due in December, finally show a drop.

● PEAK SAVINGS
The US personal savings rate (disposable income minus outlays, divided by disposable income) was 17% in 2020, according to the US Bureau of Economic Analysis, by far the highest annual rate since World War II. The record, 27.9%, was set in 1944.

● BIG SPENDERS
US consumers spent at an annual pace of $17.6 trillion in September, up from $14.8 trillion in February 2020, an inflation-adjusted gain in line with historical averages.

● UNEQUAL TREATMENT
The bottom fifth of the income distribution saw cash fall 73% in the first half of 2022, according to Fed data, but every other income group experienced gains.

● OMINOUS TREND?
The savings rate fell to 3.3% in the third quarter, the lowest it’s been since hitting 3% in the fourth quarter of 2007, at the beginning of the Great Recession.