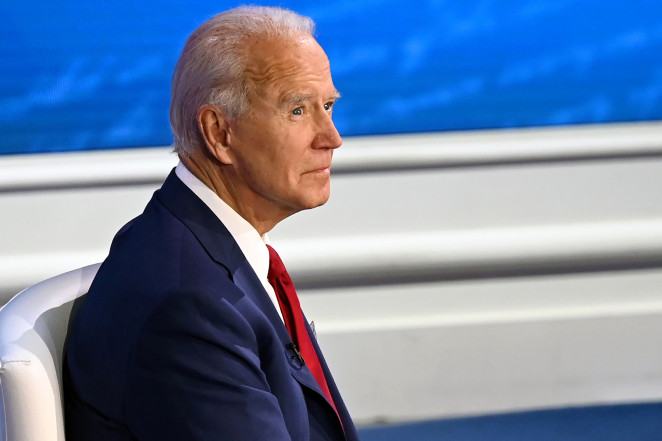 Joe Biden was not asked a single question about The Post’s bombshell exposé on son Hunter Biden’s overseas business dealings during his 90-minute ABC News town hall on Thursday evening.
Moderator George Stephanopoulos and undecided voters asked the Democratic nominee about everything from mandating a COVID-19 vaccine to how he’d handle a defeat on Nov. 3, but no one pressed Biden on newly unearthed emails that showed Hunter Biden selling access to his then-vice president dad.
It was Biden’s first televised interview since The Post made public a tranche of documents related to Biden’s oft-troubled son.
Among the emails on a recovered hard drive was one that indicated Hunter Biden introduced his father to a top executive at a Ukrainian energy firm who was at the time under investigation before the elder Biden pressured government officials in Ukraine to fire that prosecutor a year later.

As the town hall ended, the former Clinton administration employee thanked voters for their “really terrific questions,” calling them “a service to our democracy.”

The Democratic nominee and Trump went in separate directions after their second presidential debate in Miami was canceled when Trump announced he was boycotting the event because organizers made it virtual.
Trump, meanwhile, was in Miami for a town hall with NBC News, moderated by Savannah Guthrie.

The Biden campaign has dismissed The Post’s reporting as misinformation and has denied that the former vice president ever had such a meeting on his “official” schedule but has not denied he ever met with the man.
Fuente: NyPost
Cuota
Facebook
Twitter
Artículo anterior“Están equivocados si creen que Trump perderá”. A.Gramcko – Aló Buenas Noches
Artículo siguienteTed Cruz EXPLODES On Big Tech Censorship, Makes Announcement On Twitter They Will DREAD
ARTICULOS RELACIONADOS
Internacional