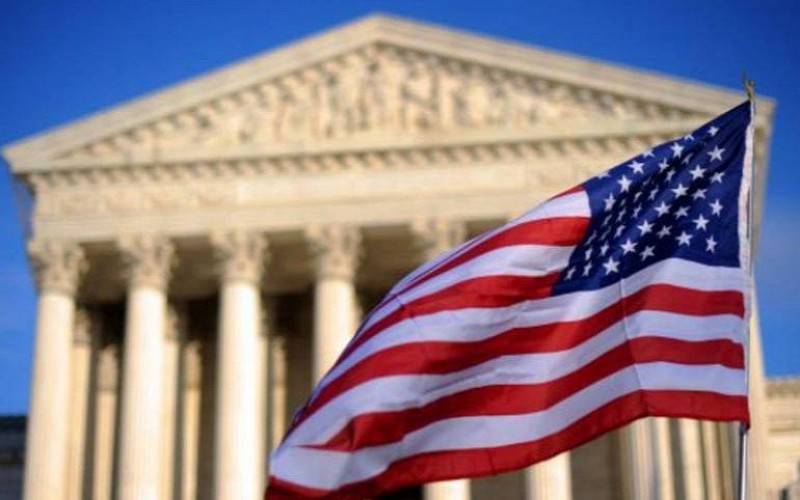 It doesn’t matter if the US economy goes into recession or not: The stock market — for the foreseeable future — is royally screwed.

On the surface, the problems facing the market and the economy may seem the same. Both are trying to deal with excesses, but those excesses are wildly different.

On the economy side, the US is experiencing a violent bout of inflation created by the pandemic; pent-up demand collided with a lack of everything from workers to widgets. Like a swarm of locusts, inflation is eating up economic growth, pushing up prices and nullifying wage increases. But some of the pandemic-related conditions that got us here — like clogged supply chains — are normalizing. And there’s a chance we can solve the dislocations of the past two years without barreling into a full-blown recession.

The turbulence the stock market is experiencing is different. It’s a ferocious correction over a decade in the making — the comedown after a superhigh. We knew that the stock market had formed a bubble and that it was going to pop as interest rates went up. What we did not know was how violent the comedown would be — the inflation bedeviling the economy has prompted the Federal Reserve to hike interest rates faster than Wall Street had imagined. That, in turn, pushed the stock market off a cliff so steep that we still cannot see the bottom.

«It doesn’t matter whether it’s technically a recession,» one legendary fund manager told me. «It’s a bear market. We sit in the middle innings.»

The economy may not be screwed …

The hangover the global economy is suffering through is a well-known story by now. Kicking the economy back into gear has been like starting an old car that had been left for years outside in the Saskatchewan snow. Snarled supply chains, chaotic housing demand, a labor shortage, and a war pushed up inflation around the globe. US consumer prices rose by 7.7% in October over last year, lower than the expected rate of 7.9% — suggesting that perhaps inflation has peaked and will continue to cool. It’s a welcome sign, but still much higher than the Fed’s target of 2%.

The higher inflation climbs, the harder it is to get rid of. So the Fed is taking drastic measures to shake it out of the system — in a few months it has hiked its key interest rate to 4% from 0%. By hiking interest rates, the Fed hopes to make it more expensive for people and businesses to get access to loans, helping slow the flow of money and cool off demand for things like homes, cars, and workers. If the economy slows down, demand will (in theory) get it in line with supply and bring down inflation. And it’s clear that the Fed and its chairman, Jerome Powell, are committed to doing whatever it takes to wrangle inflation back down 2%.

How do I know this? Because Powell tells me every chance he gets. In fact, he’s explicitly said he would rather hike rates too high and risk a recession than lower them too early and watch inflation stick.

«If we were to overtighten, we could then use our tools strongly to support the economy — whereas if we don’t get inflation under control because we don’t tighten enough, now we’re in a situation where inflation will become entrenched,» he explained. «We want to be sure that we don’t make the mistake of not tightening enough or loosening policy too soon.»

Despite this tough talk, there are signs that the economy may be able to survive this onslaught of inflation and the Fed’s tough medicine. Job growth is still solid: The US added 261,000 jobs in October, beating analysts’ estimates of 200,000. Average hourly earnings rose by 4.7%, down from a 5% increase in August but still strong. Consumer spending has been holding up, and many businesses are expecting a strong holiday-shopping season. On the inflation side, the supply-chain snarls that cause prices to soar seem to be easing, and sky-high rents for apartments and homes are starting to come down. In a note to clients, analysts at Goldman Sachs said private-sector finances were healthier «than on the eve of any US recession since the 1950s,» adding that this strength helps «increase the odds of a soft landing.»

… but the stock market definitely is

While you can sort of squint and see a way that the economy could get out unscathed, the same cannot be said of the stock market. That’s because the stock market isn’t trying to shake out a couple of years of overindulgence; it actually may have developed a consequential case of gout.

This all goes back to the Fed’s move to keep interest rates at 0% after the 2008 financial crisis. The crash left us with no demand, no appetite for risk, and inflation that was too low instead of too high. So the Fed decided to do whatever it could to push investors and businesses to get riskier, to spend more, to try to grow the economy. And it worked — perhaps too well. The stock market got so hot that Wall Street coined the term TINA: «There is no alternative.» You had to be in stocks — specifically tech stocks, because they were growing the fastest. Since interest rates were so low, companies that didn’t make money could just borrow to keep the lights on. Since stocks only went up, investors were willing to wait for companies to make profits as long as they could show growth. Nowhere was this business model more de rigueur than in Silicon Valley. From Uber to DoorDash to Carvana, companies that made no money could not just survive but thrive. This is how you get a market where a passionate, smiling young man named Adam Neumann can fly a $47 billion company into a mountain. It’s how you get a market where Tesla becomes the most valuable automaker in the world despite selling fewer than 1 million cars a year.

In 2018, Wall Street got a preview of how ugly this bubble would look once it popped in earnest. An attempt to gradually raise interest rates caused a systematic implosion in these supercharged stocks. The economy was strong enough to handle the hikes — unemployment was historically low, and inflation was tame — but the stock market had its worst year since the 2008 financial meltdown. So the Fed backed off. After 10 years of zero interest-rate policy, it was clear that the stock market was built on sand.

2020 was supposed to be about the stock market learning to live with slightly higher interest rates in an otherwise healthy economy. But the pandemic stomped on all that. To support the economy through shutdowns, the Fed went back to its post-2008 playbook. That meant the stock market went back to enjoying the conditions that had pushed it up for over a decade — but crazier. This time, retail investors joined the fun en masse, opening Robinhood accounts and buying up all kinds of silly companies, blowing the bubble up even bigger and dumber than before. From the pandemic’s darkest market point in March 2020 to the peak of the rally in December 2021, the S&P 500 returned 107%. The tech-heavy Nasdaq returned 130%.

That brings us to this year. Just as it did in 2018, once the Fed started hiking rates, the stock market fell — but this time even harder.

The S&P 500 has fallen by 17% since rates started going up. The Nasdaq is down 29%. Even some recent improvement, this is what Wall Street classically considers a bear market, and it has barely made a dent in the gains the market made while everyone was trading like a bunch of drunken sailors on shore leave. A few weeks ago, Justin Simon, the founder of the investment firm Jasper Capital, explained to me that for the market to return to pre-COVID levels (still bubbly) it would have to continue to decline by 30% to 40%. We could go lower than that, and it could take years to do it. The timing is unclear because this is a bear market and it doesn’t run on our schedule, but it’s safe to say things are going to be ugly for the next year, if not longer.

Heading down will be a gruesome process for traders. Bear markets move in fits and starts — in death drops and rip-your-face-off rallies. Be skeptical. The Wall Street hype machine will come up with myriad silly reasons why relief is just around the corner, but it’s not. If you don’t recognize the bear market for what it is, you will misunderstand every new market low. That can be hard to do in the moment. Hindsight is always 20/20. What will seem obvious in two years may be difficult to accept right now.

«These rallies will be looked back on as opportunities to lighten up,» the legendary fund manager told me. «But what they really do is suck people in.»

Every few weeks, and without any real evidence, Wall Street will try to convince you (and itself) that Powell is losing his nerve — that the bear market is ending. Ignore all that. Even if he slows the pace of the Fed’s rate hikes, Powell will not stop hiking, because the economy’s health is on the line. Stocks can (and will) go to hell.

In 2018, small hikes sent the stock market reeling because it was in a bubble. The only difference now is that the bubble is larger and — thanks to inflation — the hikes are steeper, meaning the comedown is even more brutal than it would have been before.

But those are just stock prices. They don’t tell the whole story of what’s going on in the US economy, or even at US companies. FactSet projected that the S&P 500 would see a decline in year-over-year earnings this quarter. That’s bad for stocks, because companies need economic activity to make profits. But this slowdown is coming after the best year for corporate profits since 1950, when «Howdy Doody» and «The Lone Ranger» were on TV. Corporations have cushion, even if they won’t do as well as they did last year, when we were spending cash like a bunch of 14-year-olds who just took all their babysitting money to the Claire’s at their local mall.  It’s possible that layoffs will be limitedto only the bubbliest companies.

Whether the economy will be able to handle more rate hikes without slowing into a recession is an open question that the stock market cannot answer. All stocks can do is fall in a spectacular fashion that has been not quarters, not years, but over a decade in the making. All we can do is get out of the way.