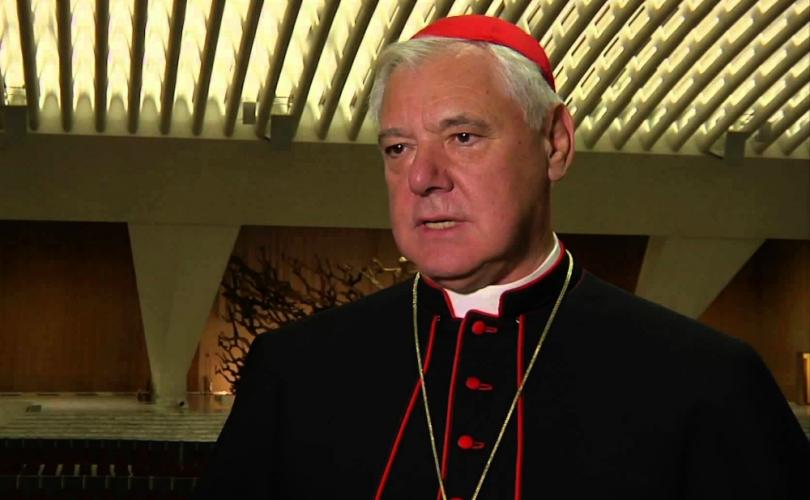 Whether Donald Trump is re-elected or ousted as President of the United States will have a generational impact on whether America or China is the dominant power on the world stage, Cardinal Gerhard Müller told Breitbart News in an interview Thursday.
“The outcome of the U.S. election will determine whether the U.S. remains the leading power in the world — for freedom and democracy — or whether a communist dictatorship will assume that role for the global community,” said Müller, who is the former prefect of the Vatican’s Congregation for the Doctrine of the Faith. “The world is looking to America because this fateful election will determine the future of democracy and human rights for decades to come.”
“The rivalry between the U.S. and Communist China is not a sporting competition for the first or second place of superpowers,” he continued. “It is about the irreconcilable alternatives of democracy or dictatorship.”
From World War II to the Cold War, “the free world owes the American people the salvation of Western civilization, which has its foundation in the freedom and dignity of every person,” Müller said, but warned that this legacy is “now being challenged” by China. “Because the U.S. is the first power in the free world, it must also put a stop to the imperialist grip of a communist superpower that seeks world domination and allow the Chinese people and other oppressed peoples to enter the community and solidarity of free peoples.”
The cardinal also called on both the Catholic Church and rank-and-file Christians to heed the significance of the election, from the “truth of the absolute value of every individual person” and “freedom of religion” to the “deeper dimensions of what is at stake at this moment in world history, rather than offering a judgment based on subjective sensibilities and ideological preferences.”

“Three points are decisive in the upcoming elections,” Müller summarized. “First, the ‘yes’ to life against abortion, second, freedom of religion against the mainstreaming of gender ideology, and third, the mission of the United States to defend democracy and human rights against dictatorships.”
Former Vice President Joe Biden is campaigning on a plan to enshrine virtually-unlimited abortion into federal law at taxpayer expense. By contrast, Trump has worked to oppose federal funding of abortion and the abortion industry, including restoring and expanding the Mexico City Policy (which bars foreign aid to abortion groups), excluded organizations involved in abortion from family planning funds, and endorsed legislation to fully defund Planned Parenthood and ban late-term abortion.
Fuente: Life Sit News