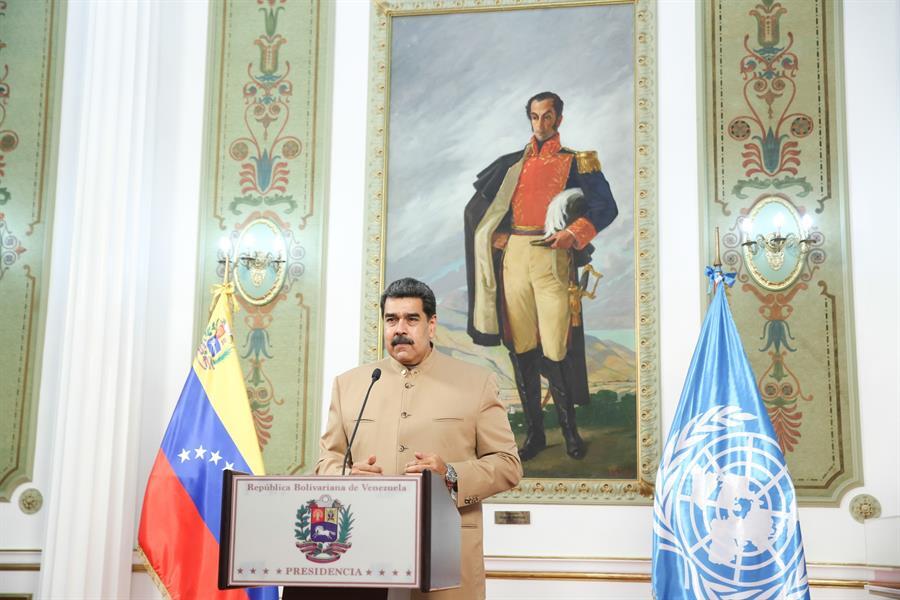 The UN High Commissioner for Human Rights, Michelle Bachelet, updated her report on Venezuela in which she announced that the regime of Nicolás Maduro murdered more than 2000 people between January and August 2020.
With a grim report against tyranny, Bachelet responded to Maduro, who recently stated that he would approach the High Commissioner to “exchange criteria.”
“My office recorded 711 deaths from June to August, reaching more than 2,000 deaths since January 2020,” Bachelet told the Human Rights Council.
According to the former president of Chile, Maduro violates human rights in every area of daily life.
Bachelet pointed out that the Supreme Court of Justice (TSJ) of Maduro obstructs liberties, as does the National Electoral Council (CNE) to the extent of tyranny.
“In the coming months, the civic and democratic space must be protected,” said Bachelet, in light of the parliamentary elections called for December 6 by the Maduro regime.
The High Commissioner also documented cases of repression in peaceful protests in Venezuela- a situation that has become state policy.
“In Venezuela, restrictions to freedom of expression, the application of the Hate Law, and attacks to defenders and journalists continue,” she emphasized.
Bachelet also expressed her concern about the stigmatizing speeches by the country’s authorities, who hold the returning citizens responsible for introducing the coronavirus in Venezuelan territory. She reiterated that the pandemic was on top of other pre-existing humanitarian emergencies, such as the food crisis.
The updated report comes after a UN International Mission in charge of investigating the human rights situation in Venezuela will point out the involvement of Nicolás Maduro and his leadership in crimes against humanity against the Venezuelan people.
The governments of Brazil, Germany, and the United States stated that this report should somehow promote a way to end the tyranny since, for the first time, the United Nations Organization shows with grave evidence that Maduro’s regime must be condemned internationally.
Experts told the BBC that in the long term, the UN report would have consequences against Maduro and his Cabinet.
“When it comes to such serious crimes, the concept of universal jurisdiction also exists. According to international law, any court in the world could initiate investigations and prosecutions against these people, even if they are in another country and if the crime was committed abroad,” Marco Roscini, professor of international law at the University of Westminster in London, told the BBC.
Fuente: PanamPost